Home » What is disordered eating and what are the key warning signs? 

What is disordered eating and what are the key warning signs?  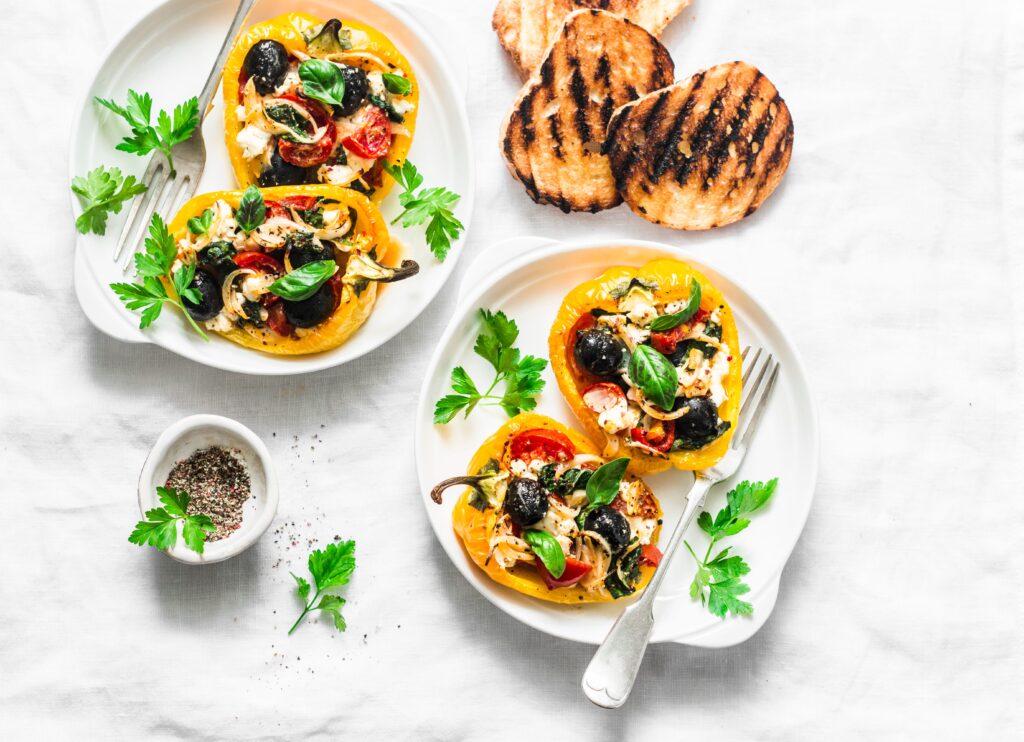 What leads to disordered eating and how to spot it

Eating disorders are a key concern in the modern world, with an estimated 1.25 million people in the United Kingdom living with an eating disorder1. But what if you’re in the middle of the eating behaviour spectrum – not experiencing a healthy relationship with food and your body, but not at the point of a diagnosable eating disorder? This is where disordered eating may come in.

It is difficult to estimate how many people currently experience disordered eating, although it is becoming seen as a “normal’ part of many people’s lives to experience its symptoms.

Have you ever felt guilty or anxious when it comes to food to the point that you’re dieting often, setting yourself food rules and/or tying your self-worth to your body shape/weight?

Today’s blog post explains what disordered eating is, the causes and relevant consequences, and how you can get help to heal your relationship with food.

Disordered eating can be caused by the feeling that our body is inadequate. This causes us to embark on a diet and pursue weight loss as an ‘easy fix’ to liking our bodies. Food restriction is common in dieting, leaving us feeling unsatisfied and unfulfilled. When we inevitably come off the diet and reintroduce ‘banned foods’, we may experience guilt or shame for breaking food rules imposed by the diet.

These feelings contribute to the initial feelings of inadequacy that led to the diet to begin with, and soon we will try a new diet or mechanism to deal with these feelings – mechanisms that can be seen as disordered.

This diet cycle as it is known feeds into disordered eating and has been around for a long time. Diet culture can be traced back to Ancient Greek society, so if you have found yourself sucked into the world of quick fixes and #bodygoals you are the latest in a long line. And the Ancient Greeks didn’t have social media!

There is a sociocultural model of disordered eating which states that when we internalise the ‘thin ideal’ we compare and become dissatisfied with our body, inevitably leading to disordered eating.

Saunders and Eaton noted that whether you’re using social media for work or actively looking for dieting / body image posts you are likely to encounter things that will engage with this model, especially if you spend more time on social media. Those who use social media to post updates relating to their image, exercise, food etc. are more likely to engage with posts that do the same2.

In the last few years, the COVID-19 pandemic has also contributed to the increase in disordered eating.

Increased stress, financial worries and abrupt changes in our lives and their schedules have all contributed to this increase in disordered eating, with some individuals losing their appetite and others “eating to cope”.

In a study of young adults there was a marked increase in eating disorder symptoms with one individual commenting that not gaining weight was extremely important to them during the pandemic and led to them restricting and trying a new diet, another commented that COVID-19 stress led to reduced appetite and not eating4. If you’ve found your relationship with food changing in the last few years know that this is common and has been experienced by many individuals.

There may be many reasons someone develops disordered eating behaviours, and just like eating disorders, those affected can be of any race, age and gender. If you or someone you know is experiencing disordered eating, know you are not alone, and it is not a conscious choice you have made.

Why are disordered eating habits dangerous?

A study in 2017 found that disordered eating in young adults can lead to long term health consequences, both in terms of physical health and psychological health, both of which can greatly affect your quality of life2.

Experiencing disordered eating can be stressful psychologically, but it can also act as a predictor of future psychological distress and any ensuing physical illness.

Physically, disordered eating often includes deprivation and taking away key food components from your diet. This has the potential to lead to nutrient deficiencies as well as fatigue, headaches, and gastrointestinal problems. Physical symptoms of disordered eating increase with the scale of disorder and vary according to whether the individual is restricting, binging or purging.

Disordered eating is also a risk factor for developing an eating disorder, especially if behaviours such as purging, or binging are present. Whilst disordered eating habits aren’t immediately life-threatening, eating disorders such as Bulimia Nervosa and Anorexia Nervosa absolutely can be, and are much more difficult to deal with once they manifest. The earlier someone can access help and start recovering from such behaviours, the greater their chances of full recovery.

How to identify disordered eating

How to get help with disordered eating

If you are experiencing disordered eating know that you’re not alone, disordered eating has been on the rise since 19985 and it is estimated that 1.25 and 3.5 million people in the UK may be affected by an eating disorder6 – not including those that do not meet the clinical threshold for diagnosis. Any of the symptoms of disordered eating can majorly affect your quality of life and it may be time to seek support to help your relationship with food and your body.

It can be easy to think that as these behaviours aren’t classed as an eating disorder you don’t need help, but you are worthy of support. The most important thing is that you seek support from a practiced health professional. At Embody Health London our team of dietitians specialise in helping people restore their relationship with food and normalise their eating habits.

You can contact us at hello@embodyhealthlondon.com to request a free enquiry call to chat about how we can help you to improve your relationship with food and your body. 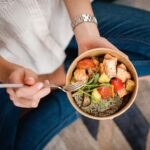 What do intuitive eaters eat?

October 11, 2022
If you’re relatively new to the world of intuitive eating
Read More 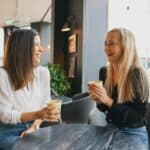 April 17, 2020
What we did behind closed doors was different from other dietitians in the field. We counselled. We got results. We were able to get into the nitty gritty of how our clients thought, what led them to think that way and...
Read More 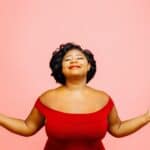 How to Cultivate Self-Worth Beyond Appearance

October 30, 2020
Body acceptance and self-love are by no means vanity or narcissism, but the ability to express love for your body/ appearance – even if you are not fully satisfied or comfortable with all aspects of your appearance.
Read More 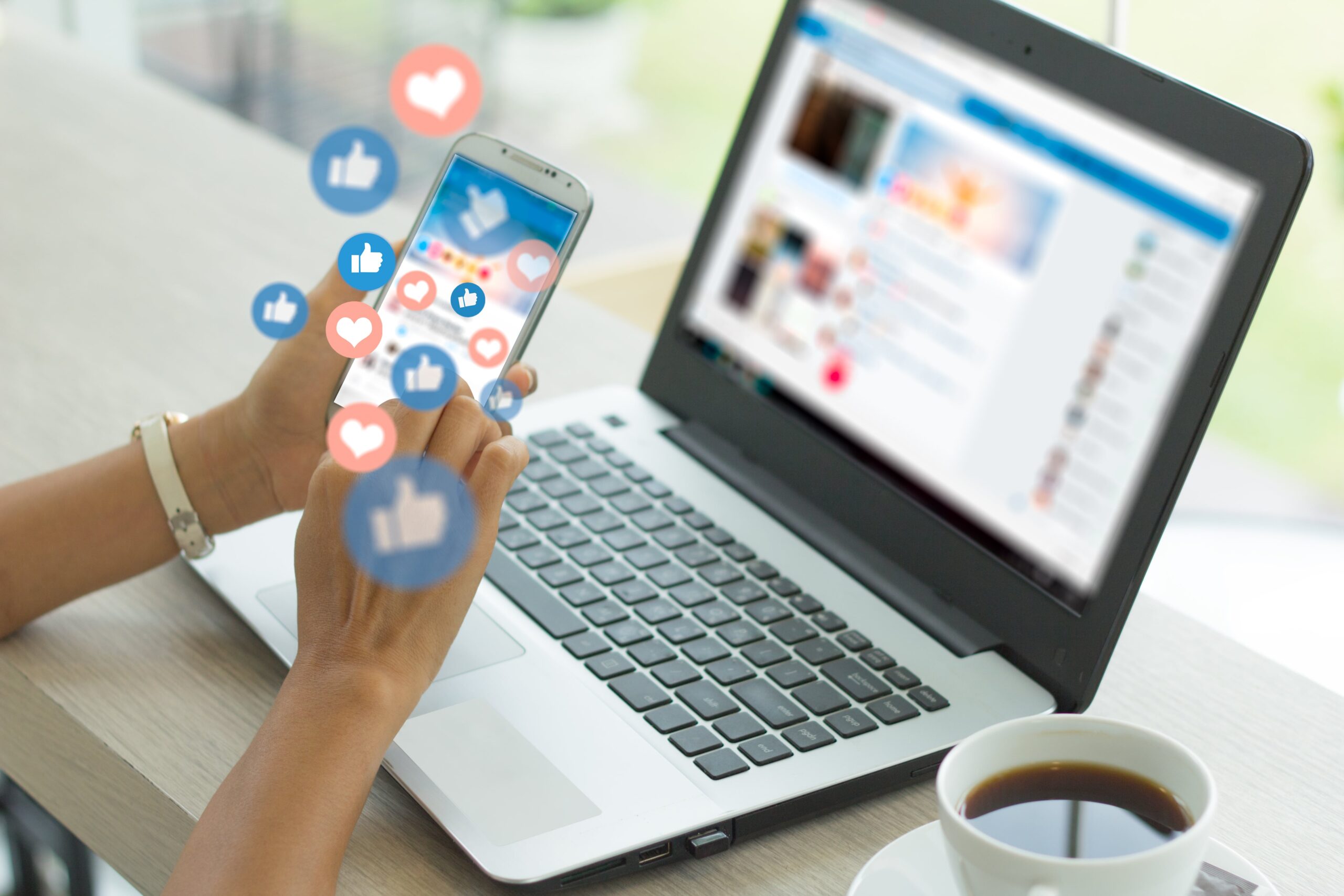 Is there a relationship between negative body image and Instagram use? 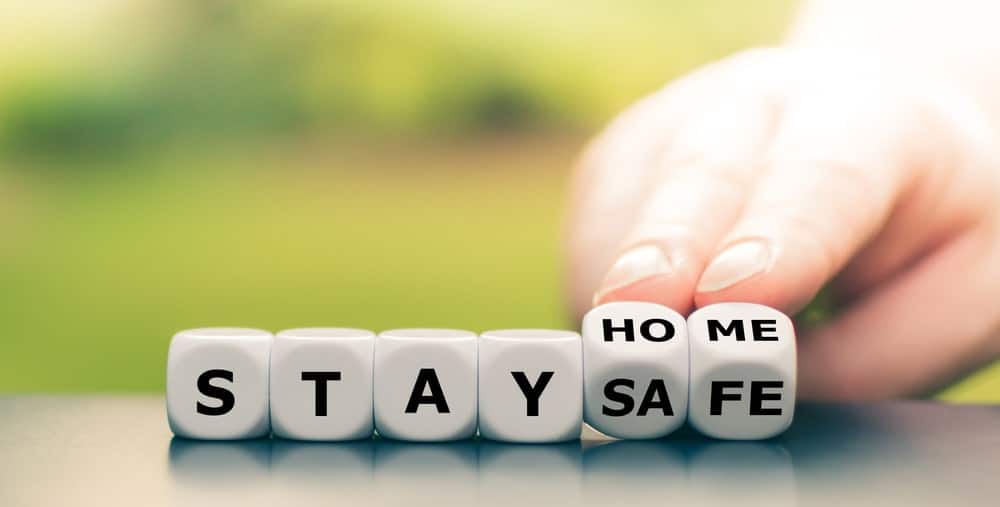 10 Ways to Manage Your Health During a Global Pandemic 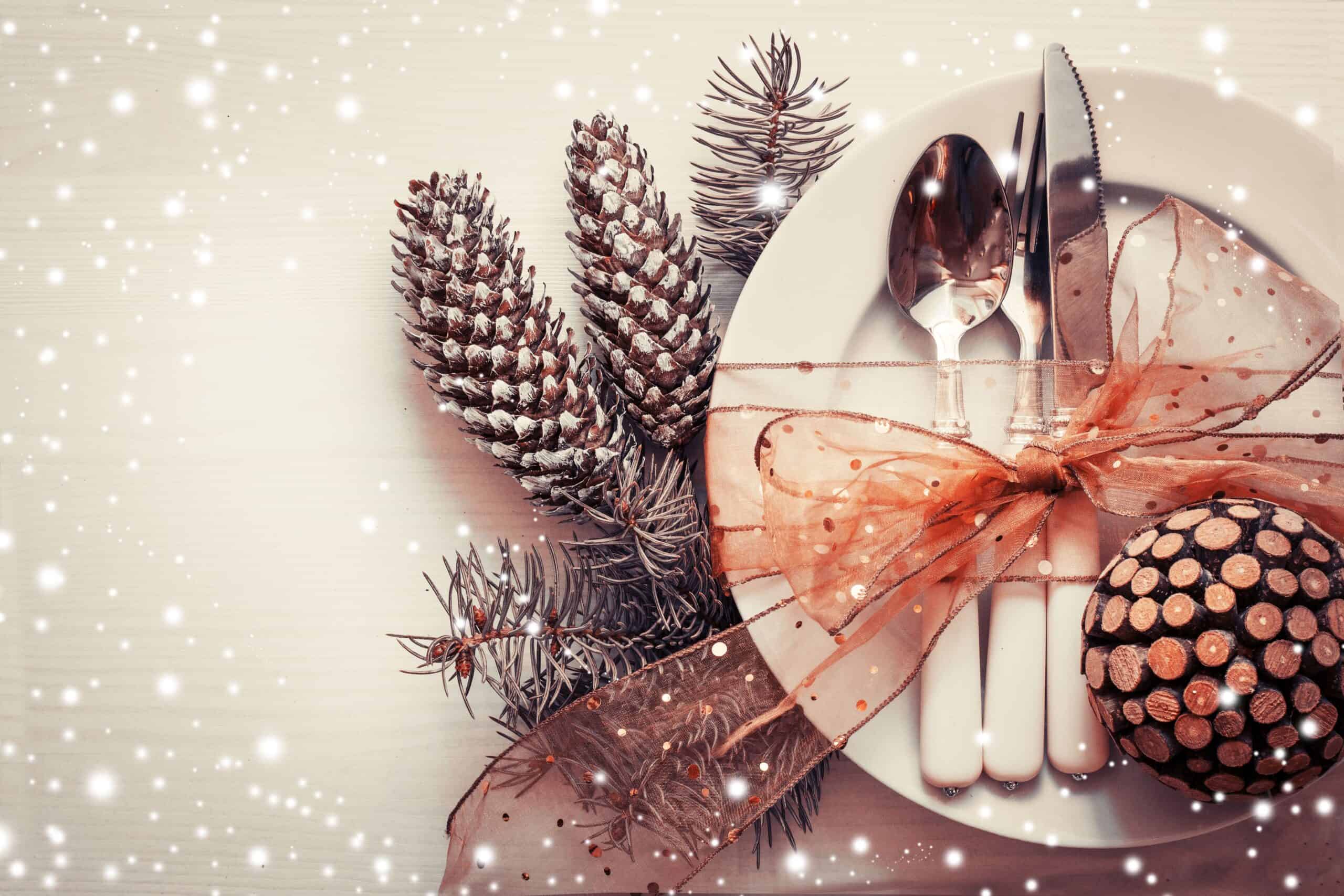 What You Need to Know to Tackle This Holiday Season 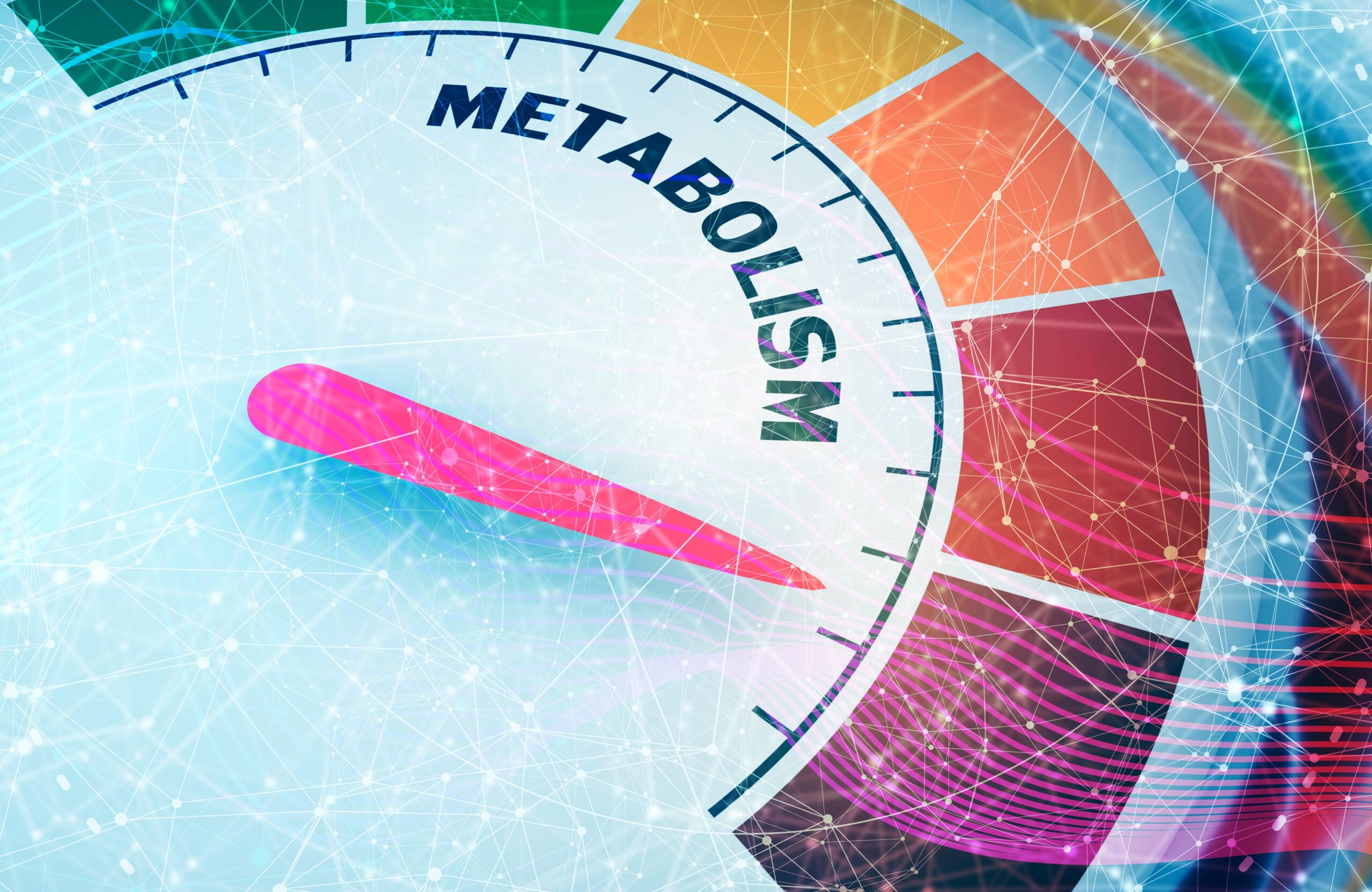 How to repair my metabolism