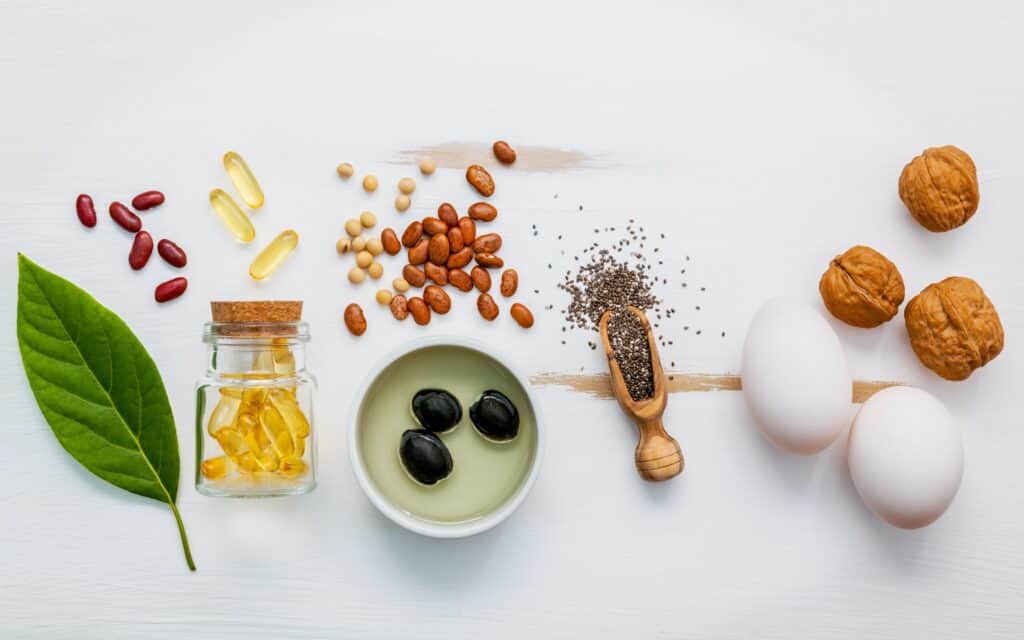 So often we separate body and mind and yet they coalesce in being both causal and consequential when it comes to the development and maintenance of disordered eating patterns.

Anorexia Nervosa is a psychiatric disorder characterised by pathological, and physically manifested, restrictive eating, body image disturbances and a preoccupation with maintaining a low body weight.

This self-restraint on dietary intake to maintain and lose weight is often characterised by a strong preference for low-fat foods and avoidance of calorically dense foods/ those with “added fat”.

Studies suggest that this reduced amount of total lipids correlates to an increased risk of relapse, a longer duration of the disorder, and biochemical and neurological changes that accelerate the development of the disorder (Nguyen, N et al. 2019, p.2).

Consequently, tests indicate that increasing intake of omega-3 fatty acids have been useful in the treatment of the cognitive and psychological symptoms of eating disorders – specifically anorexia.

Essential fatty acids (EFAs) are those that the body cannot synthesise and must therefore be provided by the diet to avoid deficiency. The EFAs are linoleic (n-6/ omega 6/ LA) and alpha-linoleic (n-3/ omega 3/ ALA/ DHA/EPA). Common dietary sources of omega 6 fatty acids include refined vegetable oils (e.g. sunflower and cornflower), nuts and seeds. Whereas long chain omega 3 fatty acids are primarily found in foods such as oily fish, linseed, chia seeds, and hemp seeds (British Nutrition Foundation 2018, p.1) – foods that are often avoided or limited when dieting.

Yet, omega-3 fatty acids are vital components of cell membranes, neurotransmitters and other necessary cellular substrates and structures (Ibid).

Current guidelines suggest that 20-30% of an individual’s total energy take should be composed of fats and oils, with approximately 1% derived from omega 6 polyunsaturated fatty acids and 0.2% omega 3 polyunsaturated (Ibid, p. 2) to avoid deficiency.

The Department of Health’s 1991 dietary reference value affirms that ‘[t]here is a requirement for essential fatty acids, but this is extremely low and will almost certainly be met if energy intake is adequate’, therefore when energy and/ or dietary-fat intake is restricted, an EFA deficiency is highly probable to occur. Initially, the body releases EFA from adipose tissue (body fat) stores, yet as body-fat drastically reduces, as found within anorexic patients, this process eventually stops (National Institute of Health, 2020).

This insufficiency can contribute to exacerbating mental health issues – such as depression, obsessive-compulsive disorder and anxiety – all of which are often comorbidities of eating disorders.

The Science of Starvation & Therapeutic Use of Omega 3s

Studies demonstrate that omega-3 fatty acids play a role in controlling the concentration of neurotransmitters (chemical messengers), like that of serotonin, dopamine, acetylcholine, and gamma aminobutyric acid (GABA).

All of these neurotransmitters play a pivotal role in mood and appetite regulation and have been linked to anorexia and food intake/ aversion mechanisms.

For example, dopamine (a feel good/ pleasure hormone) moderates both the brain’s reward system and the mechanism of appetite/ food intake regulation. Evidence suggests that extreme food restriction and weight-loss, as in the case of anorexia, enhances the release of dopamine in the limbic system – the part of the brain that primarily processes emotions and memory. Consequently, it has been theorised that the over-production of dopamine results in increased anxiety and the ability to abstain from food despite severe dietary depletion (Yehuda, S and Rabinovitz, S. 2016, p. 2027).

Consequently, physical dietary – restriction propagates further restriction and food avoidance at a neurological level. Both brain function and the body change in response to restriction.  The illness’ vicious cycle continues as starvation is rewarded.

Anxiety disorders and depression are relatively common mental health issues in the general population yet exacerbated and intensified in those suffering from malnutrition/ anorexia.

Alarmingly, one in five patients with anorexia nervosa die by suicide (Higgins, A. 2018)

However, omega-3 fatty acids, in culmination with omega-6 fatty acids, have been shown to potentially restore the changes in anorexia induced alterations to dopamine synthesis and uptake (Yehuda, S and Rabinovitz, S. 2016, p. 2027), in addition to improving symptoms of depressive/ mood and anxiety related disorders. Albeit limited research in this area, these are promising results that tell us more research in this area is warranted.

For instance, a large study conducted on depressive disorders illustrated that 59% of patients supplementing with EPA (omega-3) in contrast to those using a placebo demonstrated a reduction in depressive symptoms (Shih, P et al. 2017, p.11).

An important note to mention is that omega-3 supplementation has been deemed safe and has very few side effects associated with it. This makes it a potentially great adjunct therapy to weight restoration and prioritising adequate nutritional intake.

Ultimately these studies and therapeutic interventions demonstrate the necessity of adequate nutrition and the inclusion of all foods. Extreme dietary restriction, food-avoidance, and the elimination and demonization of entire food groups (e.g. fats).

Diet culture breeds disordered eating and these culturally conditioned disordered dietary patterns may not only be internalised but come to alter our internal systems and psychology.

If you would like to heal both your body and mind, please contact us at hello@embodyhealthlondon.com as we would be delighted to help you on your journey to recovery. 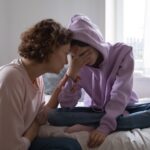 What parents need to know when supporting their child in recovery

August 6, 2021
If your child has been diagnosed with an eating disorder, you’re probably feeling a whole lot of emotions. In this article, we want to help you understand what you need to know to give your child the support they need to recover.
Read More 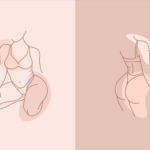 What are the key signs you are suffering from a distorted body image? 

May 23, 2022
Body dissatisfaction and building body image resilience One in five
Read More 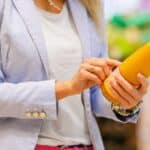 How to use food labels for empowerment rather than guilt

April 27, 2021
The critical analysis of food labels is a practice that is often recommended by well-meaning health professionals in an attempt to promote a healthier lifestyle. But what happens when label reading becomes a source of guilt, anxiety, and strict food rules?
Read More 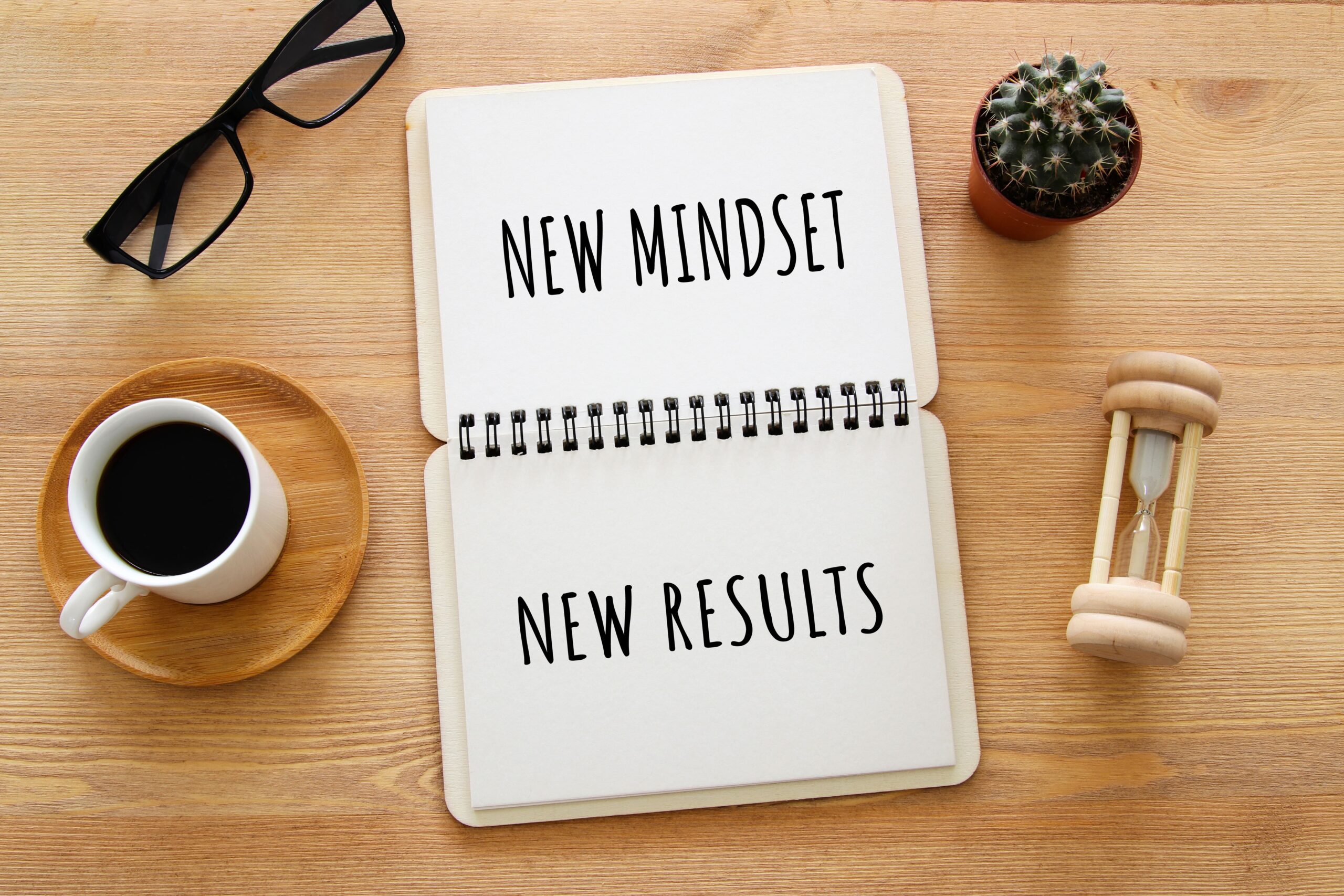 Beliefs holding you back from full recovery 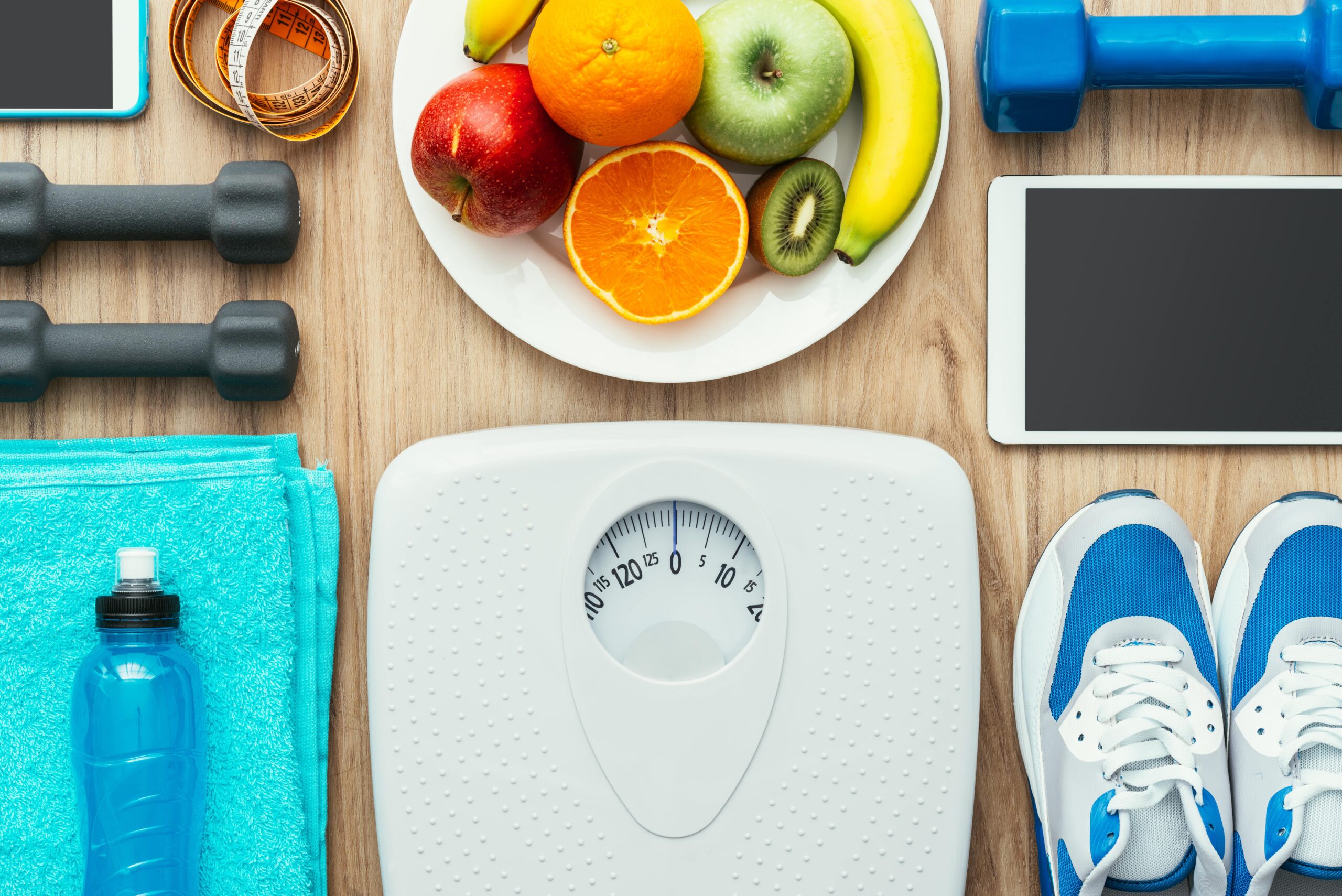 Noom: Is it really intuitive? A review and user experience 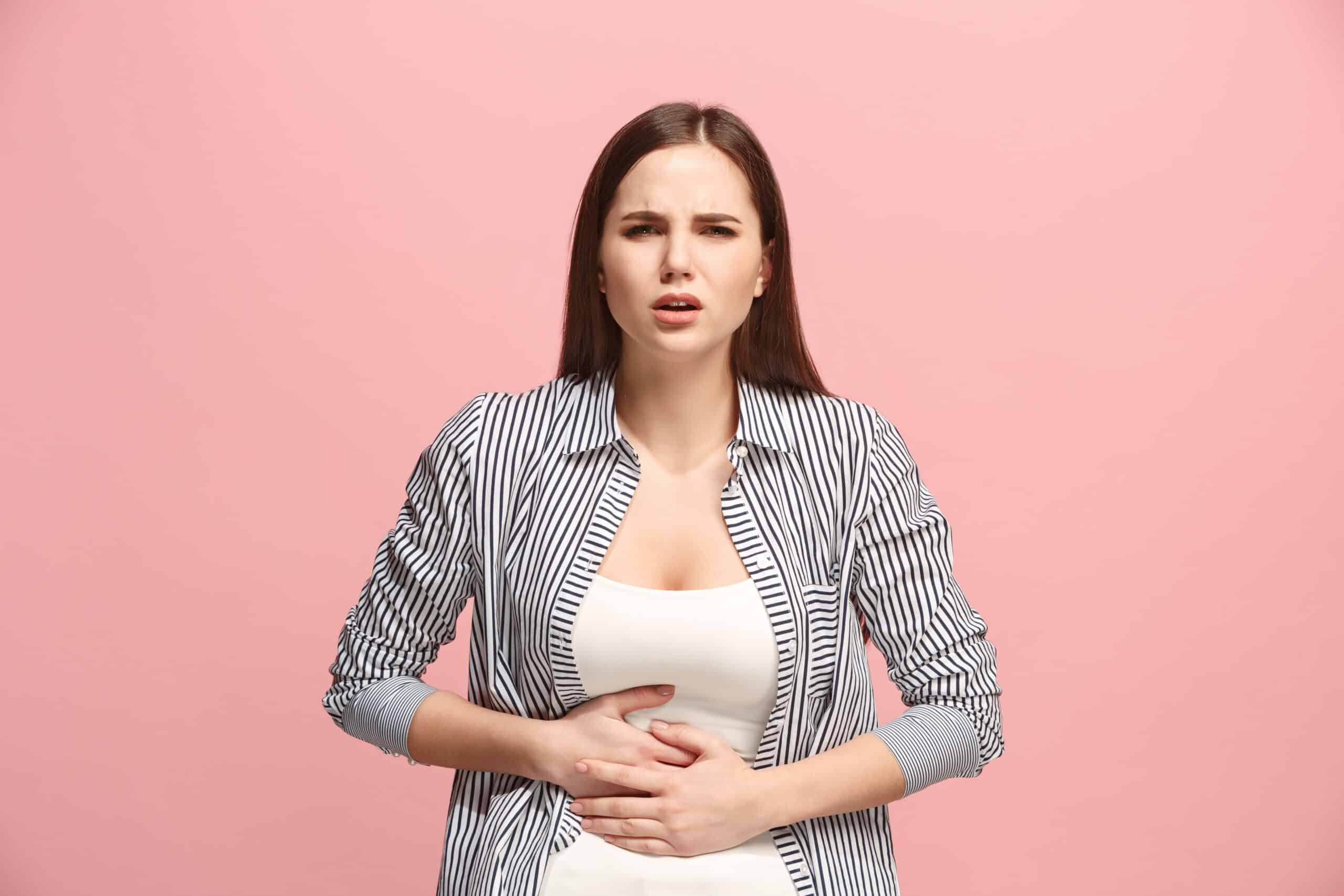 How to eat intuitively when you have IBS 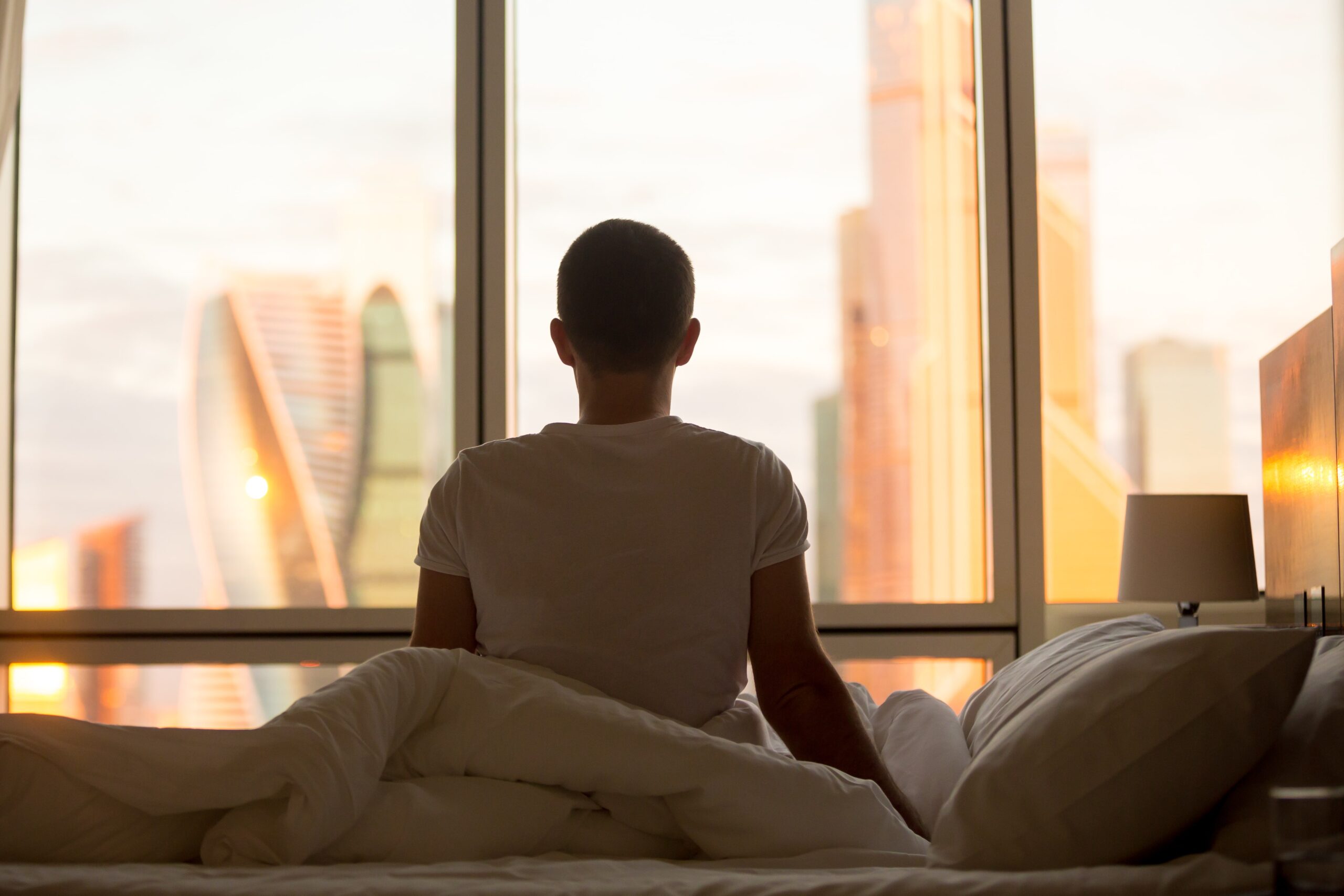 How to stay motivated in eating disorder recovery